Book-sta-gram (noun) – the part of instagram where book lovers live and post pictures of books. It’s no secret I love books, especially those of the young adult (YA) genre. My most favourite sub-genre in the YA-verse is fantasy; there’s nothing like a good fantasy book to transport you to a new world. YA fantasy has exploded in recent years bringing about fantastic authors and brilliant series. It’s quite daunting getting into the whole fantasy world as there is so much on offer. Therefore, in this post I am going to be sharing with you what me and my bookstagram followers think are the best YA fantasy series you should read from each popular YA author.

CASSANDRA CLARE – the perfect author to start with YA fantasy

Now Cassandra Clare is probably the OG YA series writer; this woman is like a machine when it comes to producing great series. In fact she has three series out at the moment, with the fourth coming out in March and a bunch of standalones. The series are as followed:

With the plethora of series she has, which one should you read first? According to my bookstagram followers, you should definitely read The Infernal Devices first. I agree with this view as TID is my favourite trilogy (I couldn’t finish TMI.) Also, luckily for you each series is based in the shadowverse and you don’t need to read each series to understand things.

”The year is 1878. Tessa Gray descends into London’s dark supernatural underworld in search of her missing brother. She soon discovers that her only allies are the demon-slaying Shadowhunters—including Will and Jem, the mysterious boys she is attracted to. Soon they find themselves up against the Pandemonium Club, a secret organization of vampires, demons, warlocks, and humans. Equipped with a magical army of unstoppable clockwork creatures, the Club is out to rule the British Empire, and only Tessa and her allies can stop them… ”

My QUEEN of YA Fantasy. Honestly, every single series of SJ Maas is bloody fantastic but one trumps the other. She has two YA series out at the moment and this is what my Instagram followers thought about them:

A whopping 77% of my followers prefer ACOTAR and you know what? I don’t know if i agree. I love SJM’s writing so much that whatever series I’m reading at the time is my favourite. However, I will say the romances in ACOTAR is a bit steamier and the plot is just that bit better than TOG but they are both AMAZING making them perhaps two of the best YA fantasy series of all time!

A Court of Thorns and Roses (ACOTAR #1)

Feyre’s survival rests upon her ability to hunt and kill – the forest where she lives is a cold, bleak place in the long winter months. So when she spots a deer in the forest being pursued by a wolf, she cannot resist fighting it for the flesh. But to do so, she must kill the predator and killing something so precious comes at a price ….

Dragged to a magical kingdom for the murder of a faerie, Feyre discovers that her captor, his face obscured by a jewelled mask, is hiding far more than his piercing green eyes would suggest. Feyre’s presence at the court is closely guarded, and as she begins to learn why, her feelings for him turn from hostility to passion and the faerie lands become an even more dangerous place. Feyre must fight to break an ancient curse, or she will lose him forever.

UK based author, Victoria Schwabb’s work has exploded over the past few years. So much so, she has quickly become a prominent YA/NA fantasy author. With two series out at the moment, this is what my followers thought:

A Darker Shade of Magic (Shades of Magic #1)

Kell is one of the last Antari—magicians with a rare, coveted ability to travel between parallel Londons; Red, Grey, White, and, once upon a time, Black.

Kell was raised in Arnes—Red London—and officially serves the Maresh Empire as an ambassador, traveling between the frequent bloody regime changes in White London and the court of George III in the dullest of Londons, the one without any magic left to see.

Unofficially, Kell is a smuggler, servicing people willing to pay for even the smallest glimpses of a world they’ll never see. It’s a defiant hobby with dangerous consequences, which Kell is now seeing firsthand.

After an exchange goes awry, Kell escapes to Grey London and runs into Delilah Bard, a cut-purse with lofty aspirations. She first robs him, then saves him from a deadly enemy, and finally forces Kell to spirit her to another world for a proper adventure.

Now perilous magic is afoot, and treachery lurks at every turn. To save all of the worlds, they’ll first need to stay alive.

Rick Riordan – most possible the KING of middle grade/ YA fantasy

Riordan blessed us with the very beloved Percy Jackson series and the Heroes of Olympus series. Both serious are heavily based on Greek mythology. If you like Greek mythology this is a perfect place to start. Please bare in mind though that these are also classed as Middle Grade books. Which faired best?

Percy Jackson is a good kid, but he can’t seem to focus on his schoolwork or control his temper. And lately, being away at boarding school is only getting worse – Percy could have sworn his pre-algebra teacher turned into a monster and tried to kill him. When Percy’s mom finds out, she knows it’s time that he knew the truth about where he came from, and that he go to the one place he’ll be safe. She sends Percy to Camp Half Blood, a summer camp for demigods (on Long Island), where he learns that the father he never knew is Poseidon, God of the Sea. Soon a mystery unfolds and together with his friends—one a satyr and the other the demigod daughter of Athena – Percy sets out on a quest across the United States to reach the gates of the Underworld (located in a recording studio in Hollywood) and prevent a catastrophic war between the gods.

Leigh Bardugo – a YA Fantasy princess!

Leigh Bardugo is running in to steal Cassandra Clare’s crown! Her first series, starting with the first book: Shadow and Bone is being made into a TV series! However, both of her series are set in world named the Grisha-verse and one series definitely trumps the other:

Lucky for you, like Cassandra Clare, it doesn’t matter which series you read first and the best YA fantasy series of Leigh Bardugo was Six of Crows!

Surrounded by enemies, the once-great nation of Ravka has been torn in two by the Shadow Fold, a swath of near impenetrable darkness crawling with monsters who feast on human flesh. Now its fate may rest on the shoulders of one lonely refugee.

Alina Starkov has never been good at anything. But when her regiment is attacked on the Fold and her best friend is brutally injured, Alina reveals a dormant power that saves his life—a power that could be the key to setting her war-ravaged country free. Wrenched from everything she knows, Alina is whisked away to the royal court to be trained as a member of the Grisha, the magical elite led by the mysterious Darkling.

Yet nothing in this lavish world is what it seems. With darkness looming and an entire kingdom depending on her untamed power, Alina will have to confront the secrets of the Grisha . . . and the secrets of her heart.

Holly Black is the force behind the amazing trilogy, ‘The Folk of the Air,’ with book number one being ‘The Cruel Prince.’ Black also has another series called ‘Magesterium.’ I didn’t know this and I’m guessing my followers didn’t know either as you can see from the reults below.

The Cruel Prince (The Folk of the Air #1)

Of course I want to be like them. They’re beautiful as blades forged in some divine fire. They will live forever.

And Cardan is even more beautiful than the rest. I hate him more than all the others. I hate him so much that sometimes when I look at him, I can hardly breathe.

Jude was seven when her parents were murdered and she and her two sisters were stolen away to live in the treacherous High Court of Faerie. Ten years later, Jude wants nothing more than to belong there, despite her mortality. But many of the fey despise humans. Especially Prince Cardan, the youngest and wickedest son of the High King.

To win a place at the Court, she must defy him–and face the consequences.

As Jude becomes more deeply embroiled in palace intrigues and deceptions, she discovers her own capacity for trickery and bloodshed. But as betrayal threatens to drown the Courts of Faerie in violence, Jude will need to risk her life in a dangerous alliance to save her sisters, and Faerie itself

You thought I was going to forget Maggie didn’t you? Don’t fret, I couldn’t forget the first book I read during my Twilight phase that was based on werewolves. I couldn’t forget it because it was mehh to say the least. However, so many people love it and they also adore her her newest series, The Raven Boys (which i am so excited to read this year!)

It is freezing in the churchyard, even before the dead arrive.

Every year, Blue Sargent stands next to her clairvoyant mother as the soon-to-be dead walk past. Blue herself never sees them—not until this year, when a boy emerges from the dark and speaks directly to her.

His name is Gansey, and Blue soon discovers that he is a rich student at Aglionby, the local private school. Blue has a policy of staying away from Aglionby boys. Known as Raven Boys, they can only mean trouble.

But Blue is drawn to Gansey, in a way she can’t entirely explain. He has it all—family money, good looks, devoted friends—but he’s looking for much more than that. He is on a quest that has encompassed three other Raven Boys: Adam, the scholarship student who resents all the privilege around him; Ronan, the fierce soul who ranges from anger to despair; and Noah, the taciturn watcher of the four, who notices many things but says very little.

For as long as she can remember, Blue has been warned that she will cause her true love to die. She never thought this would be a problem. But now, as her life becomes caught up in the strange and sinister world of the Raven Boys, she’s not so sure anymore.

Thank you so much to my instagram followers for making this post possible. I am a huge lover of YA fantasy and hopefully their opinions combined with mine have given you some guidance of where to dip your feet in to the best YA fantasy series, before you fully submerge yourself in these magnificent worlds.

If you do read any of these books/ series please let me know what you think of them! I am also aware that I have left some authors out, so add them in the comments for this to be the ultimate list of the best YA fantasy series you should read from the most popular YA authors. 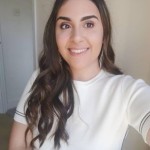 Hello! I hope you enjoyed this post. If you did, I would love to hear your thoughts about it. Please could you also give it a pin!

HELLO!
Welcome to my small space on the internet. My little corner aims to give you as much advice as possible, where that be a good book recommendation or blogging advice.
Feel free to have a nosey